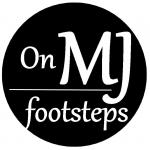 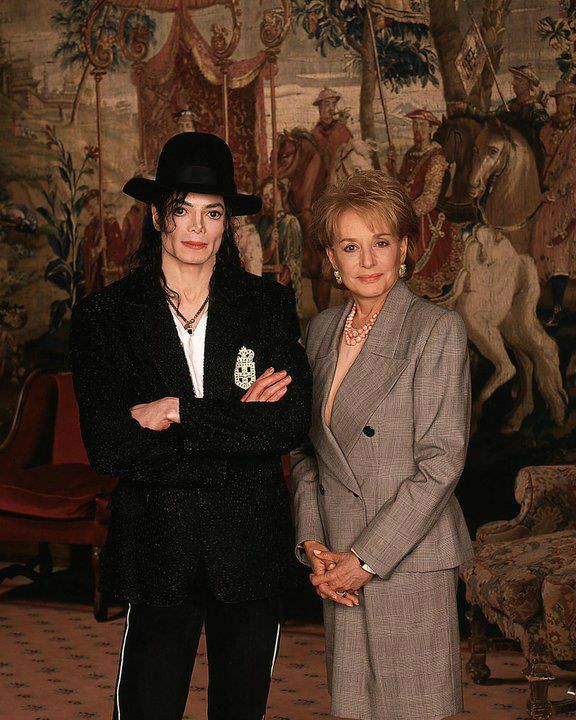 Up until last week the most photographed people in the world were Princess Diana and Michael Jackson. Now only one remains to talk about what it means to live under that kind of scrutiny. Since the allegations of child abuse made against Michael Jackson four years ago, he has been, if possible, even more pursued. By the way, we checked with the District Attorneys in Los Angeles and Santa Barbara and learned that there is no active case against Mr. Jackson today.

Michael Jackson himself is notoriously shy about giving interviews, but on my way home from covering Princess Diana's funeral, I met with him in Paris to discuss the paparazzi and his personal recollections of the Princess.

When it comes to the paparazzi, Michael Jackson says that he feels a bond with Princess Diana. The paparazzi have been a part of his life since he was a small child, the youngest of the Jackson 5. He has been a superstar for 3 decades. At 39, he continues to sing and dance all over the world ... and the paparazzi follow him all over the world. He has been on a European Tour for the last five months playing for over 2 million people. The night Princess Diana died, Michael Jackson canceled his concert, but his last two concerts were dedicated to her. He does not pretend that she was a close friend. She was a fan. 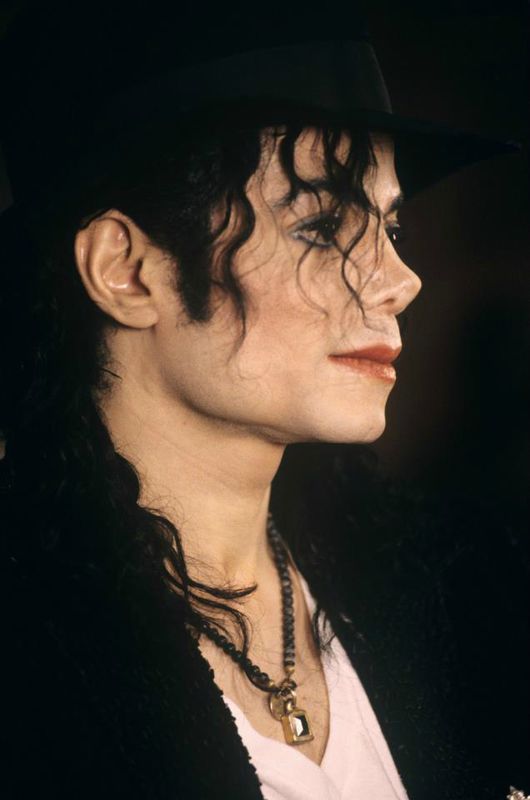 BW: What did you two talk about?

MJ: I wrote a song called 'Dirty Diana'. It was not about Lady Diana. It was about a certain kind of girls that hang around concerts or clubs ... you know ... they call them groupies.

BW: So, she had a sense of humor with you.

MJ: Yeah, of course. And she told me she was honored to meet me and I said, "It's an honor to meet you."

BW: How did you hear of her death?

BW: Are you psychic ... is that what you're saying?

MJ: I don't want to say that, but I've done it before.

MJ: Yes. [Looking down at his clasped hands] I've been living that kind of life all my life. The tabloid press ... that kind of press .. Not the press ... the tabloids ... the paparazzi ... that type. I've been running for my life like that ... hiding, getting away. You can't go that way cause they're over there ... well let's go this way and pretend we're going that way ... and we'll go that way. Somebody should say, " Hold on! Stop! This person deserves their privacy. You are not allowed to go there!" I go around the world dealing with running and hiding. You can't ... I can't take a walk in the park ... I can't go to the store ... you can't ... I have to hide in the room. You feel like you're in prison. 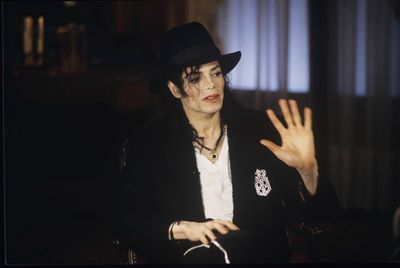 BW: What's been the most intrusive thing? What's the worst?

MJ: They always have been ... they go as far as to hide things into places. They'll slide a machine up under the toilet ... tch, tch, tch, tch [Michael makes a sound effect like clicking a camera] ... and you go, "Oh, my God!" They've done that.

MJ: I've been doing it for years. In many lobbies, I have never seen the front door. Never.

BW: Did you ever try to outrace the paparazzi?

MJ: To outrace them?

MJ: They follow you. They chase us on their scooters [makes another sound effect like a racing engine - vrrrum, vrrrum].

BW: Cutting in front of you?

BW: You know, there is that argument that you rely on publicity to sell your albums ... for your concerts ... that you want it.

MJ: When I approve of something, yes.

BW: But you can't always control the press. You can't approve of everything. You can't invite them in again and again and then, at a certain point, close them out.

BW: Well, how do you do that? What is that line?

BW: There are those who would say that you add to the attention.

BW: I don't want this to sound insulting. I'm just gonna be straight with you. But You are somewhat eccentric to say the least. The way you dress .. The way you look ... it invites attention. The whole appearance as you grew up was ... larger than life ... more extreme. You don't think that calls the paparazzi to you?

BW: Because the press also sometimes has to look into things ... be tough. It can't always be kind.

MJ: [laughing] What you saw ... what happened to Lady Diana ... you tell me. There should be some boundaries ... some kinda way. The star needs some space. Give him a chance to relax. He has a heart ... he's human.

BW: You cancelled the concert you were about to do when you heard of Diana's death.

BW: And when you finally did a concert, you dedicated your concert to her. What did you say?

MJ: In my heart, I was saying, "I love you, Diana. Shine. And shine on forever ... because you are the true princess of the people." And in words, I did not say it ... but I said it for three minutes in showing a big picture on all the jumbotron screens ... Sony, big huge screens ... and her picture was there, shining. And the crowd went bananas ... [sound effects of the crowd noises]. I played the song 'Smile' and 'Gone Too Soon.'

BW: Give us some of the lyrics, if you can.

MJ: Shiny and sparkly and splendidly bright ... here one day ... gone one night ... Gone too soon. BW: You have said, "I grew up in a fishbowl. I will not allow that to happen to my son." Yet, when your son was born, you sold pictures to the National Enquirer and to other European papers, tabloids. Why did you do that?

MJ: Because, there was a race. There were some illegal pictures out. Illegally, somebody had taken pictures of a baby ... and millions of dollars ... said, "here's Michael's son."

MJ: And it wasn't. So, I took the pictures of the baby. I said, "they're forcing me to get his picture." There's helicopters flying above us ... flying over my house ... flying over the hospital ... um ... machines and satellites all over. Even the hospital said, "Michael, we've had every kind of celebrity here ... but we've never had it like this. This is unbelievable." And, so, I said, "here ... take it." And I gave the money to charity.

BW: You said you don't want your child to be called "wacko jacko's son." [lowering her eyes, obviously unhappy at having to repeat the hurtful appellation] How are you going to prevent it ... so they don't do it to him?

MJ: That's the thing ... that's the idea. Maybe you should come up with a plan to help me.

BW: You're his daddy.

MJ: There you go. They created that. Did they ever think that I would have a child one day ... that I have a heart? It's hurting my heart. Why pass it on to him?

MJ: I love it. [No hesitation and a big smile]

BW: Are you very involved with him? BW: Do you want more children?

MJ: Yes [with an embarrassed laugh].

BW: You have been in the spotlight since you were a baby yourself.

BW: If your son showed talent ... by the way does he show any talent at nine months?

MJ: Yes. And he stops crying. His tears turn to laughter ... and he's happy [with a clap of his hands], he smiles.

BW: And do you do your moonwalk with him?

BW: And then he stops crying?

MJ: And then he stops crying.

BW: You must do a lot of dancing.

MJ: [Laughing louder] I do a lot of dancing, yes.

BW: Michael, if this little boy says, "Daddy, I want to go on the stage?"

MJ: [Peels of laughter as his hand slaps his leg]

BW: After what you've been through?

MJ: Know what you're in for. 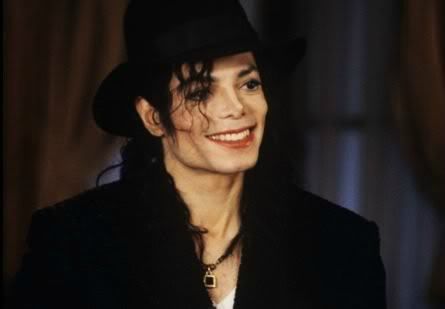 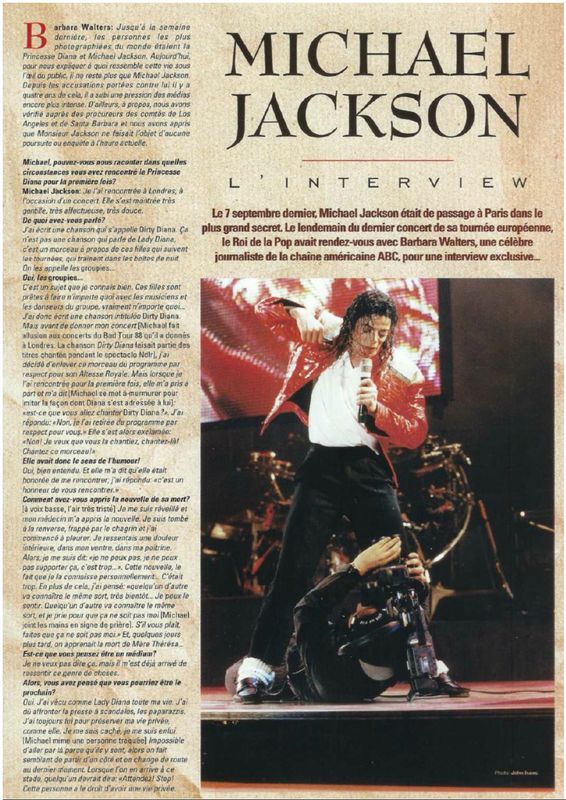